The award winning Climate Smart Cape Town Pavilion in the Climate Change Response (CCR) Expo will host a number of interesting events during the final week of COP17. All events are open to the public.

For more information contact Julia Karl on 071 026 2393 or julia.karl@capetown.gov.za. Visit our blog to read a summary of the events from each day in the COP17 Climate Smart Cape Town daily.

There is also a full COP17 programme of events, entertainment and activities open to the public. Download the COP17 Event Programme as a PDF and visit www.cop17-cmp7durban.com for details. 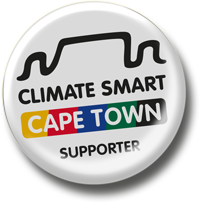